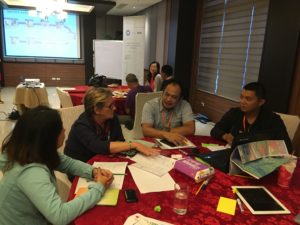 The workshop was part of a year-long Innovation program, where participants proposed and introduced innovative ideas that can help build resilience against the big Metro Manila Earthquake feared to hit anytime in the next 50 years. Proposals from eight groups consisting of high school and university teachers, Government organization officers, Non-govt. officers and activists, and even community leaders, were selected through a screening process in 2018. Each group consisted of 2 to 4 energetic members from various backgrounds, who are either friends or colleagues or both. 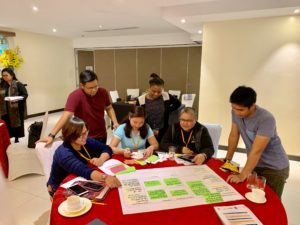 The proposals covered a wide range of issues, including smart phone apps that provide emergency evacuation routes at the wake of an earthquake, raising awareness about liquefaction, preparedness of marginalized groups, helping the urban poor make their houses stronger, revising school policies for evacuation, raising awareness through games and drama, and even management of the dead and missing after an earthquake. No matter which issue or problem the proposals address, each one of them came out of great passion and urge to do something for the great risk they are most likely to come face to face with in near future. 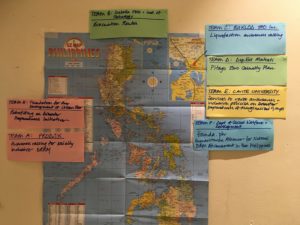