Reaching the Unreachable with Disaster Risk Reduction Knowledge in Myanmar

The case study describes a unique disaster education initiative through development of Mobile Knowledge Resource Center (MKRC) in Myanmar, which is a disaster related knowledge center, mounted on a truck. This project was implemented by a Kobe based NGO called SEEDS Asia (www.seedsasia.org), in cooperation with Myanmar Engineering Society (MES), with support from CWS Asia Pacific, at the aftermath of the cyclone Nargis, which hit Myanmar in 2008 with a large number of casualty and infrastructure damages in the coastal communities.
Reference paper: Ueda Y., Shikada M., Matsumoto E., Nakagawa Y. and Shaw R. (2014): Knowledge, education and training for risk reduction: specific case of Myanmar, Vietnam and Japan, in Civil society Organization and disaster risk reduction: the Asian Dilemma, Shaw R. and Izumi T. [eds], 135-158, Springer Publisher

Myanmar has approximately 2,000km coastline, and is prone to natural disasters such as tsunamis, storm surges, and floods, as well as cyclones and earthquakes, since the country has many active faults. In particular, the Cyclone Nargis of 2008, with wind speed of 250kph, caused massive storm surge, left 138,373 deaths and missing as official record.
DRR education was not carried out sufficiently even at schools in the cities due to lack of resources and materials, and the situation was worse at schools in farming or fishing villages, far from the cities without access to such information or assistances. Thus, MKRC was developed by SEEDS Asia and Myanmar Engineering Society (MES), the group of local engineers in 2009 to provide one- or two-day training on DRR knowledge with catchphrase “Reaching the unreachable.” The project was supported by CWS (Church World Services) Asia Pacific office, based in Bangkok. MKRC is the customized-truck with participatory DRR learning facilities with DRR models, posters, and card games for children to learn DRR with fun by looking or touching such materials. Afterword, the customized-ship, Water Knowledge Resource Center (WKRC) was developed in 2010, in order to reach to the coastal areas in delta region, where are not accessible by cars from the capital city of Yangon. Some of the areas were devastated by the Cyclone Nargis, and have high demand of DRR education.

After the Cyclone Nargis, DRR (disaster risk reduction) countermeasures have been initiated by the national government in Myanmar, particularly DRR education was started as one of the life skill classes in school curriculum in 2010. However, the problem was that basic knowledge of teachers on DRR was insufficient to conduct the class especially in rural area. According to investigation of 2010 by SEEDS Asia to 234 teachers in five townships in delta region, about quarter of teachers answered “No” to the following question “Can you explain mechanism of causing disasters and countermeasures against ones?” Actually, more than 90% of the teachers were not able to explain accurately in oral when its question was asked. Moreover, it was found that most the 90% of the teachers had never been received DRR training.

To address the above issue, MKRC was conceptualized, so that on-site disaster risk reduction training can be provided to the students, teachers and local communities. These MKRC and WKRC were equipped to provide learning opportunity on cyclones, floods, earthquakes and tsunamis, began the journey for conducting DRR in disaster prone area in Myanmar. Learning materials for landslides, tornados and thunder/lightening were also added in order to respond to the needs from community in 2012 and fire in 2013. Moreover, the DRR training in Teachers Training College (TTC) were focused since 2012 to enable every junior teacher who graduated from the college to disseminate DRR knowledge. MKRC and WKRC have reached out to over 227 schools in the regions of Ayeyarwady, Yangon, Bago, Rakhine, Sagaing and Mandalay. In total, 22,280 participants including teachers, students and community people received training by MKRC or WKRC as of the end of February 2013. Figure 1 shows the MKRC/WKRC (truck and the ship) and the models. Training of teachers (ToT) program is also shown in the right hand side photo. 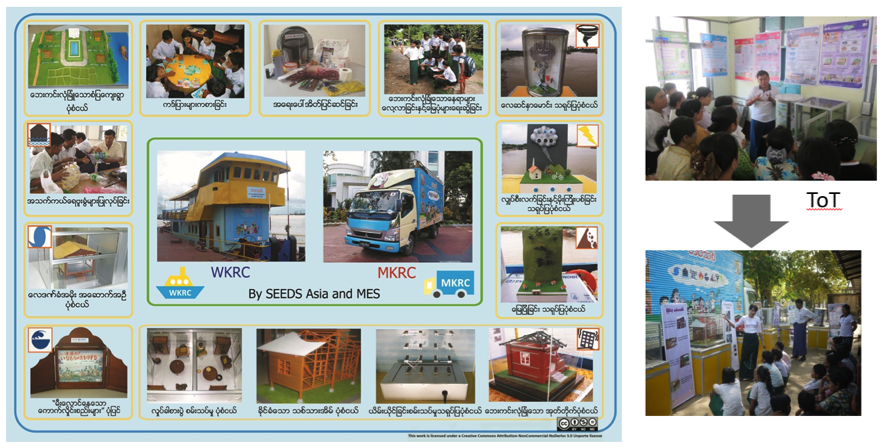 Figure 1. MKRC/WKRC and the models (left), TOT in right (both top and bottom)

The key innovation in the DRR education in MKRC/WKRC is the development of the educational tools with the KIDA (Knowledge-Interest-Desire-Action) model. The KIDA model was proposed by the team of researcher in Kyoto University , which is a step-wise method from knowing to taking action in case of disaster risk reduction. Knowing part was more on understanding the mechanism, taking interest and desire are experiential learning, and taking action is the final goal of disaster education. The models and the related education program in MKRC/WKRC was designed based on these steps, and specific and customized education programs were suggested.
The KIDA tree model is used in this short-term training program to effectively raise interest in DRR and put it into action. In particular, the program consists of the following: making teaching materials as posters, card games, and models to learn mechanism of disasters and methods of securing safety; making life-saving device made of plastic-bottles and hazard maps; and practical workshops including DRR activity plan making or evacuation routes confirmation. In particular, MKRC has been highly evaluated by the participants for providing DRR knowledge in an enjoyable format with games and practice using characters from a popular local cartoon for exterior of the MKRC truck and in the teaching materials, while resolving lack of transportation and time for people in the remote areas by using the truck as a mobile resource center. Posters and machines are also considered to attract people to enjoy learning, and to achieve a strong impact in reminding them with messages. These are considered as very important points to disseminate and cultivate the culture of preparedness.

Figure 2. Staff of SEEDS Asia explaining a safer village with a model on WKRC to teachers (right) and a trained teacher teaching disaster mechanism utilizing a poster in MKRC

1.1-2-3 of disaster education by Kyoto University

One of the specialties of MKRC training is ToT, which is a type of training that teachers receive DRR training first, and then students and community people get same training by those teachers. Through the process, DRR education skills are learnt by the teachers, as well as DRR knowledge are obtained by other teachers, students, and community people (see Figure 2).
SEEDS Asia conducted DRR training in nine TTC in Myanmar from March 2012 to February 2013. The project received 1,696 beneficiaries; 371 teachers in TTC and its attached middle schools, 452 students who were going to be teachers after graduating the TTC, 480 students from the attached middle schools, 393 people from the surrounding community. In order to evaluate the training, pre-test and post-test which were created to measure the level of DRR knowledge were conducted to these participants. The result shows the average of the overall marks was 72% before the training and increased to 94% after the training (see Table 1). It indicates that even one- or two-day training utilizing MKRC and WKRC were useful and effective for raising knowledge on DRR.

Table 1. Comparison between results of pre-test and post-test

*those who answered to the test during training. number may differ slightly from the number of attendance

Visible and touchable education materials make it easy for training participants to understand mechanisms and risks of natural hazards as well as the way to respond and undertake preparedness measures at community/school/individual level. The materials are in different forms such as miniature models, card games, picture-story show, posters, videos and exercise books, which are engineering technologies or hydrological/meteorological information but transferred into a form which enable small children to understand and take action. For example, a poster explains the mechanism of cyclone and then a miniature model able to provide a small blow demonstrates how cyclone actually can blow off a house roof and how to mitigate the risk by introducing locally applicable methods. Furthermore, another miniature model of housing structure teaches how to make housing safer against the cyclone. Thus, even though the contents of the training are sometimes technical and scientific, the combination of those materials makes it possible to provide DRR education in easy, enjoyable and effective manners.